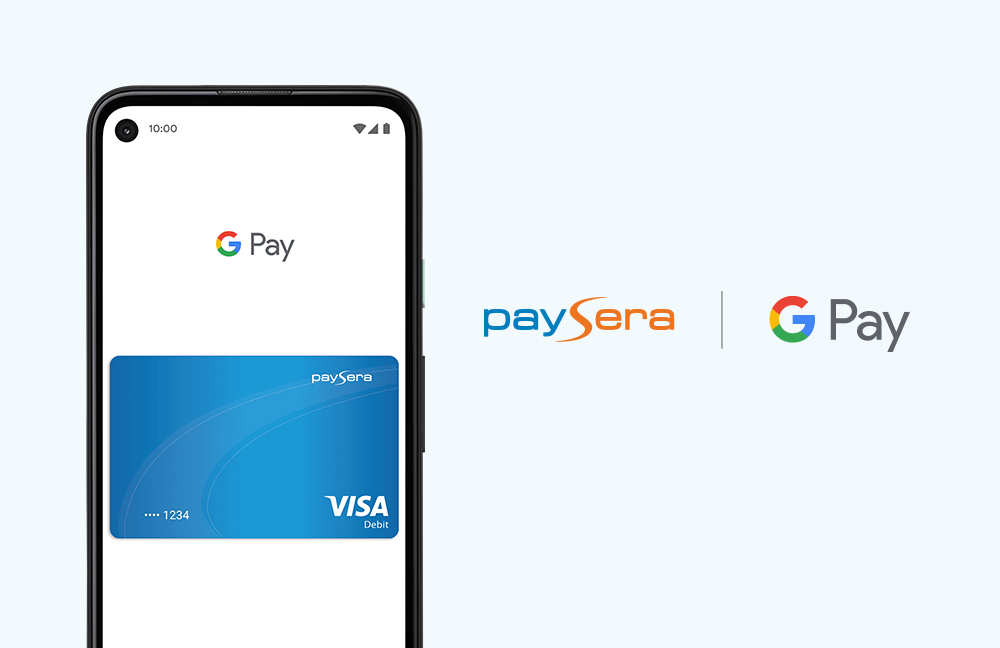 In November 2020, Google Pay expanded its list of supported countries to Lithuania, Latvia, Bulgaria, Romania, and many others. As for Samsung Pay – no news just yet. In spite of that, many clients of Paysera have been using Google Pay and Samsung Pay for over a year now. So where does Google Pay actually work? How can you add your card? And how are mobile payments shaping our habits?

However, already in autumn of 2019 the Paysera card provider Contis, a UK company, completed the integration with Google Pay, enabling Paysera cardholders to add their cards to this popular mobile payment app for Android phones.

Yet, in some countries you can't download the Google Pay app from the Play Store until the country becomes officially supported by Google Pay. Lithuania and the countries listed above are already on that list, but users will need to wait some more for the app to show up on the official download page.

Despite these difficulties, Paysera app users in almost any country can now add the Paysera Visa card to Google Pay even without downloading the Google Pay app itself – straight from within the Paysera app. This integration was completed in 2021, and since then Paysera cardholders who use Android devices can enjoy contactless mobile payments in millions of places all over the world.

Paysera clients in France, Germany, Ukraine, the United Kingdom, and many other countries can download the Google Pay app and also successfully add their Paysera card to it.

Meanwhile, Samsung Pay for now supports only a few countries in Europe and on other continents. Paysera Visa cardholders in France, Spain, UK, Russia, and other countries from the list can already add their payment cards to the Samsung Pay app.

In other countries Samsung Pay is not accessible unless the user's phone is purchased in one of the supported countries and the app is already there. In this case, even people in Lithuania or Latvia can add their Paysera card to Samsung Pay.

Mobile payments – what are they?

Mobile payments allow you to pay for goods or services by simply holding your smart device (phone or watch) over the card reader.

It's just like paying with your contactless payment card, only you wave not a card over the reader, but an electronic device. However, for the process to work with your payment card, the card has to be supported by the app. For example, Paysera has completed the integration with Samsung Pay, Google Pay, and Apple Pay; therefore, you can add your Paysera Visa card to almost any device and pay simply by using nothing but your phone. 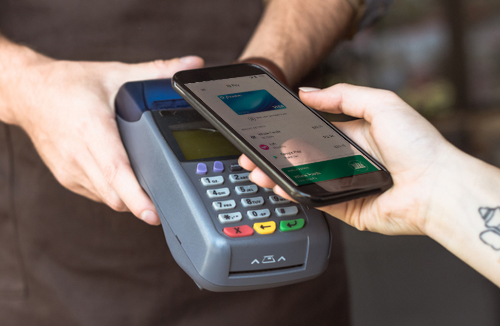 In order to pay with your smartphone (which must have the NFC, Near Field Communication, feature), download the Google Pay app, register, and add the card. Or you can also add the card via the Paysera app itself.

In this blog post we will not go on about which mobile payment app is better – you can already find many reviews of this kind (for example, CNET). What we can say is that these sorts of seamless mobile payments will soon take over the world. Almost 80 per cent of Europeans already effortlessly use online banking, many have at least once tried mobile payments. This progress will be accelerated even more with the nationwide quarantines and the world going digital. 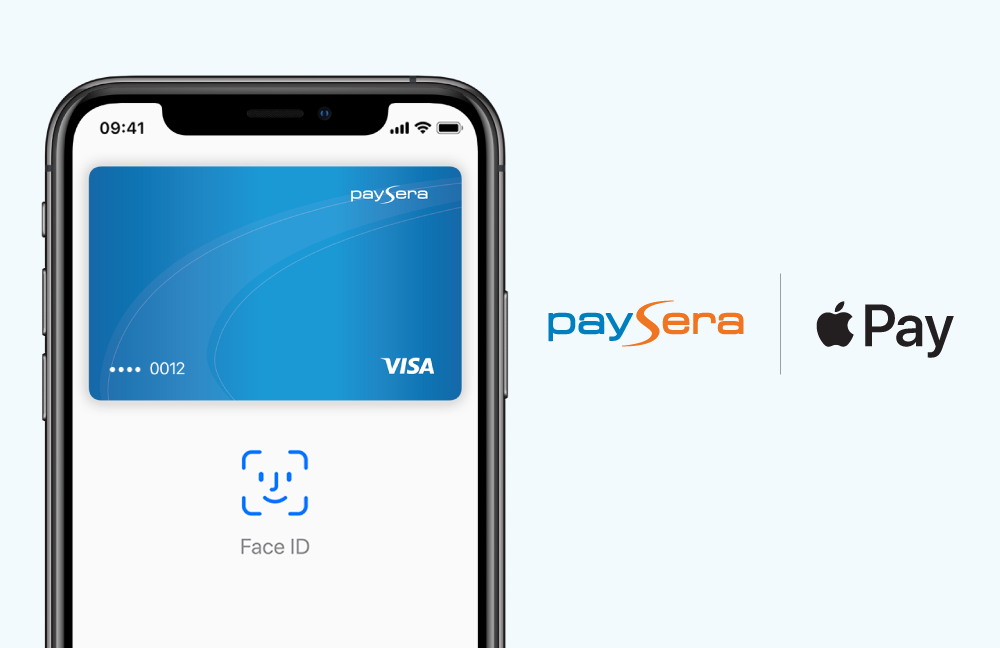 Good news for all the Apple fans out there – Paysera Visa cards are now compatible with Apple Pay. For a long time, it was one of the most common requests from our customers, and we could no longer ignore it. For those that already know what to do – probably the title was enough to get you started. For others – keep on reading. 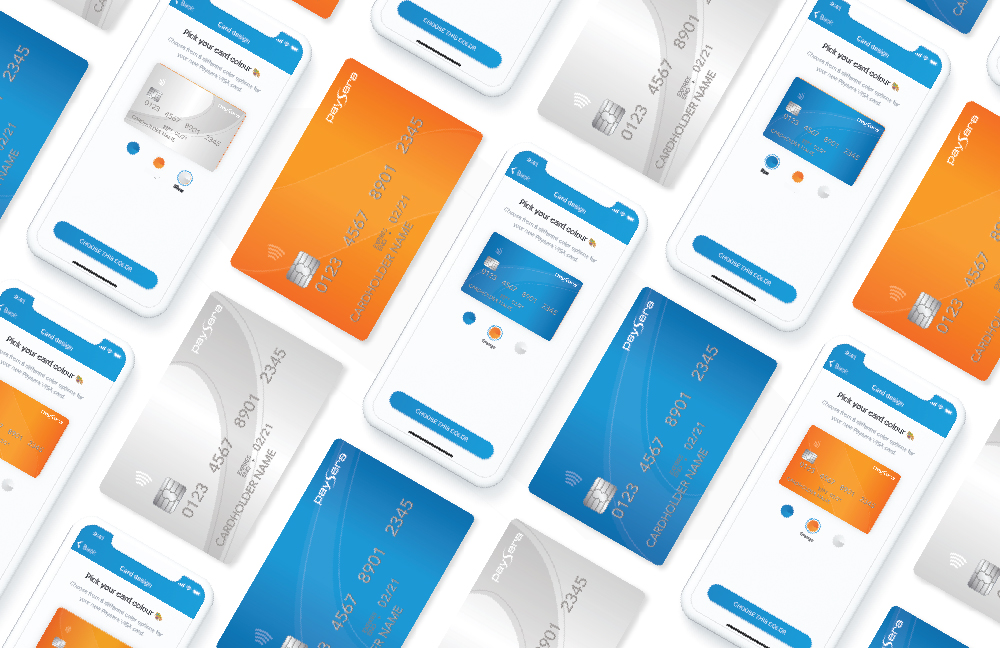 Let there be colour!

Paysera introduced more blue into its system in the autumn of 2019. Now we are going one step further and presenting not only a new card design, but also new card colours. The spectrum of the new Paysera cards will consist of 6 different hues! 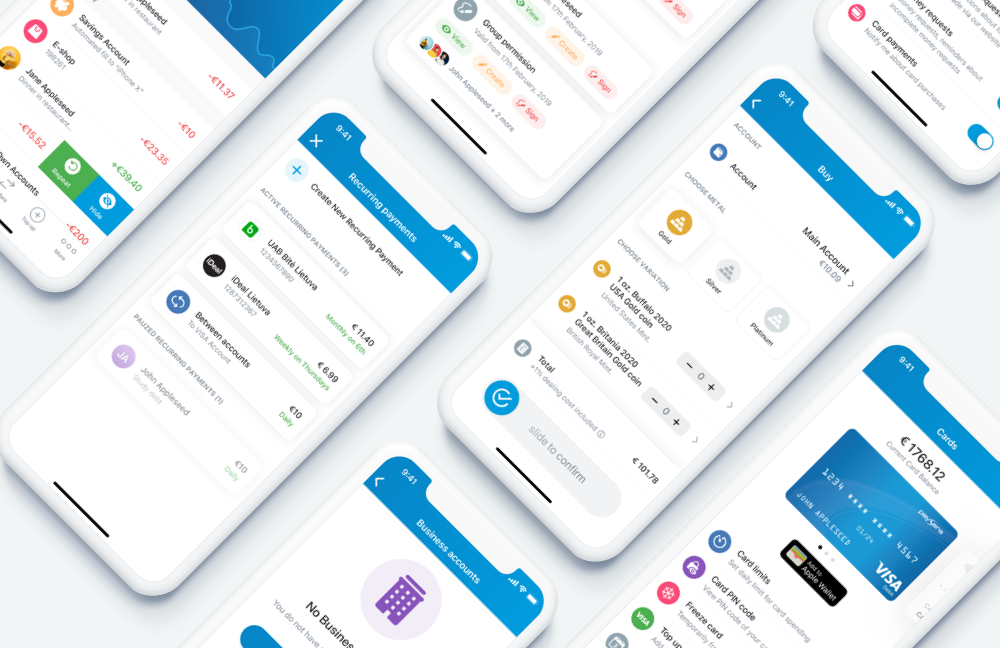 From the 1st of March Paysera clients will be able to reach out to the client support in English all day, everyday. The consultations will be carried out via phones, emails, and live chat feature in the website.